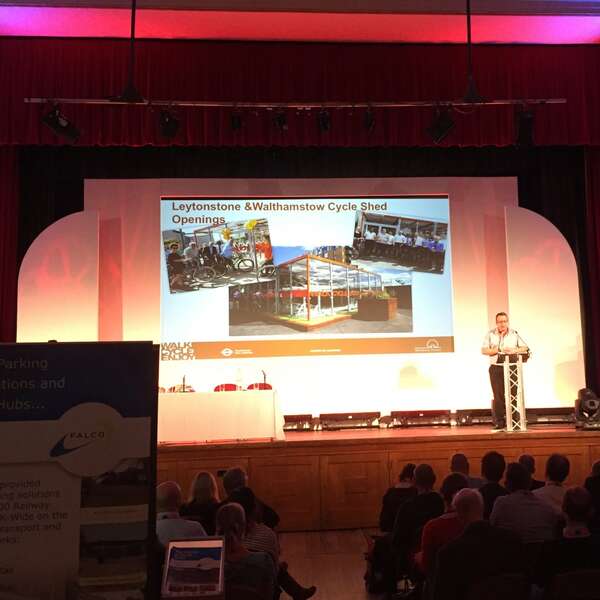 Falco were delighted to have been nominated at the recent inaugural Cycle Planning Awards. Held in Waltham Forest town hall last week the awards were the first in the country to recognise excellence in all things associated with cycling infrastructure.

The image attached shows Councillor Clyde Loakes, Deputy Leader, Waltham Forest Council (winner of the Cycling Champion of the Year award) discussing the success of the new hubs and the part they play in an integrated cycling infrastructure at this years conference.